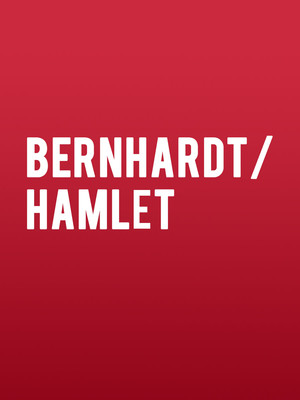 Following a successful world premiere in New York in 2018, Therese Rebeck's witty 'love letter to the theatre' Bernhardt/Hamlet will open the Goodman's upcoming season, directed by Donna Feore. An exploration of iconoclastic 19th Century actress Sarah Bernhardt and her career-making turn as Shakespeare's Danish Prince. Humorous, dynamic and full of salacious backstage drama, don't miss the Chicago debut of what is sure to become a classic of Rebeck's oeuvre.

One of the most respected actresses of her time, Bernhardt received great notices for the part, with critics labeling her performance as 'youthful, energetic and volatile' - a marked difference from the usual melancholy given to Hamlet at the time. Instantly successful, the production and Bernhardt went on to tour Europe before arriving here.

For the famous graveyard scene, Sarah Bernhardt used a real human skull as 'Yorick' - a gift from none other than Les Miserables and Hunchback of Notredame writer - Victor Hugo.

Seen Bernhardt/Hamlet? Loved it? Hated it?

Sound good to you? Share this page on social media and let your friends know about Bernhardt/Hamlet at Albert Goodman Theater.