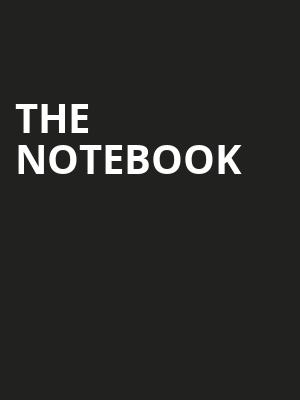 Why See The Notebook?

The World Premiere of The Notebook Musical

It's been sixteen years since Ryan Gosling and Rachel McAdams first set screens alight as lovers Allie and Noah in tearjerking classic The Notebook, but romance fans are in for a song-and-dance treat when the beloved story hits the stage this autumn! The brand new world-premiere musical is set to run for a limited engagement at Chicago's The Yard, featuring music and lyrics from American singer-songwriter Ingrid Michaelson, a book by Bekkah Bruntstetter (Cake, This Is Us) and direction from Tony nominee Michael Greif (Dear Evan Hansen, Rent).

Devised by Chicago Shakespeare Theatre and based on the best-selling book by Nicholas Sparks, the production brings one of the greatest modern love stories to life with a buoyant folk-pop score. Composer Michaelson explores themes of devotion, love, memory, and family, concepts often found in her own platinum-certified original music. The Windy City production comes after a star-studded reading at New York's Powerhouse Theatre, featuring Vanessa Hudgens and James Naughton.

What Is The Notebook About?

Beginning one sweltering Summer in 1940s South Carolina, the story chronicles the tumultuous love affair between poor mill worker Noah Calhoun and privileged heiress Allie Hamilton. When Allie's parents discover their tryst, they call him trash, forbid the relationship and announce their departure for Charleston. An angry Noah leaves, and the pair break up. Though their undeniable and unrequited bond is buried beneath World War II, Allie's engagement to another man and the ravages of time itself, the smallest ember of passion and true love remains in wait.

Seen The Notebook? Loved it? Hated it?

Sound good to you? Share this page on social media and let your friends know about The Notebook at Chicago Shakespeare Theater.