Sorry! You missed Romeo and Juliet at Chicago Shakespeare Theater 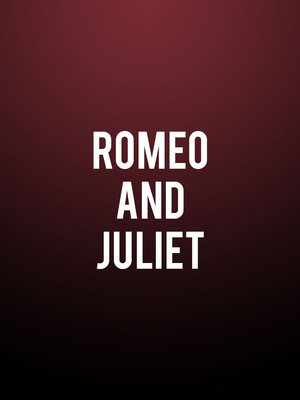 The star-crossed lovers embrace each other, and their doomed fate, in this latest adaptation of Romeo and Juliet!

Why See Romeo and Juliet?

The Chicago Shakespeare Theater enshrines the poetry of their namesake in a thrilling new adaptation of the Bard's most recognizable tragedy - Romeo and Juliet. The tale of two opposing houses and two determined young lovers is directed by the world-renowned company's founder and Artistic Director resident Barbara Gaines, the woman behind the CST's 25 Joseph Jefferson Awards, three Olivier Awards, and a highly coveted Regional Theater Tony Award.

The scene is laid in the fair Venetian city of Verona during the Renaissance era. Two old, noble and stubborn houses, the Montagues and the Capulets, continue their never-ending blood feud, tearing apart their society with hate and bloodshed. Things come to a head when the young Juliet Capulet and Romeo Montague fall in love, much to the despair and anger of their kin, and their attempts to be together end in a whirlwind of senseless tragedy.

Seen Romeo and Juliet? Loved it? Hated it?

Sound good to you? Share this page on social media and let your friends know about Romeo and Juliet at Chicago Shakespeare Theater.