Sorry! You missed The Santaland Diaries at Owen Goodman Theater 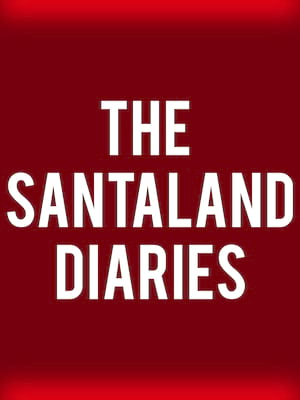 This show is an absolute delight from start to finish. Every aspect is perfectly executed, and as a result the audience jumped to it's feet at the evening's conclusion.

Why See The Santaland Diaries?

Life from a Department Store Elf's Point of View

Based on David Sedaris' 1994 essay, The Santaland Diaries gives insight into life as a Macy's Santaland elf. Inspired by Sedaris' observations during his time working as an elf for the department store, the play offers a humorous and intriguing look into lives that we wouldn't ordinarily get to look into.

The essay was a success and received wide acclaim, giving Sedaris his first big break after he read it on National Public Radio's Morning Edition in 1992. It went on to be published and was first performed as a stage play in 1996 at New York City's Atlantic Theater Company.

Seen The Santaland Diaries? Loved it? Hated it?

Sound good to you? Share this page on social media and let your friends know about The Santaland Diaries at Owen Goodman Theater.