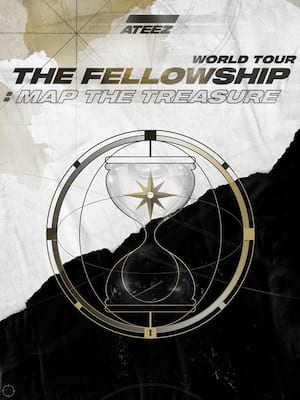 Ateez are K-Pop's next big thing

South Korean eight-piece Ateez stepped into the spotlight with a YouTube series which showed each member training to be part of the group in Los Angeles. Since then, the group released their 2018 debut EP 'Treasure EP.1: All to Zero' which reached number seven on the Gaon Albums Chart. See them live in 2020 on their latest world tour!

At the start of 2020, the boyband released their fourth EP, 'Treasure Epilogue: Action to Answer.' Although they have been together for such a short time, the K-Pop group are already making waves in the international music scene. They have been awarded numerous awards. Last year, they received the MTV EMA Award for Best Korean Act, the Mnet Asian Music Award's Worldwide Fans' Choice and Golden Disc's Next Generation Award.

Seen ATEEZ? Loved it? Hated it?

Sound good to you? Share this page on social media and let your friends know about ATEEZ at Wintrust Arena.