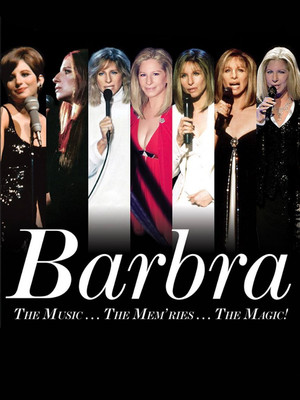 From "Funny Girl" to "Woman in Love". Her mission: to show us that passion, wit and intelligence are what makes a woman shine.

The Queen of the Divas, live!

This is not a drill! Barbra Streisand is heading out on select dates in 2019, alongside her Madison Square Garden takeover in August. One of the world's most iconic recording artists, actors, philanthropist and advocates, a night with the Diva to end all divas promises classic songs, laughter and reminisces from her six-decade career. It's a must for fans of any age!

First recognised for her talents as 'the girl on the block with the good voice' in her native New York, Streisand was determined to become a star, leaving home at 16 and finding work in the city's cabaret clubs. It wasn't long before Broadway came a-knocking, giving her the chance to show off her pipes to larger audiences and expand on her first love, acting. Since the early 1960's she has been a fixture of popular culture, releasing myriad songs, albums and captivating audiences with her stellar turns on the silver screen in Hello, Dolly!, A Star is Born, Funny Girl and many more, and selling over 245 million records the world over.

1st time seeing Barbra. . It was a performance of a lifetime. She's an... more

Sound good to you? Share this page on social media and let your friends know about Barbra Streisand at United Center.