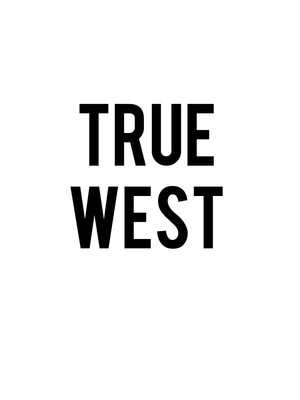 True West' Steppenwolf revival a powerful homage to the past, refreshing look to future Playing Shepard well often requires playing two things at once, and I'm not sure I've seen that done better than here.

Centered on the tempestuous relationship between two brothers, Pultizer-nominated True West is one of Sam Shepard's finest works. The story follows warring siblings Austin and Lee who find themselves alone together in their mother's empty house. Austin is an ambitious screenwriter, while his brother Lee hasn't quite settled on a path through life. With no one to talk to but each other, old grievances are aired and memories recalled in a cathartic blood-letting which may ultimately bring them closer, or force them further apart.

Steppenwolf previously staged True West in 1982, with a then-unknown Gary Sinise and John Malkovich in the lead roles. This 2019 production could well launch a new set of stars of its own.

Approximately two hours including one intermission

Sound good to you? Share this page on social media and let your friends know about True West at Steppenwolf Theatre.