Sorry! You missed Ms. Blakk for President at Steppenwolf Theatre 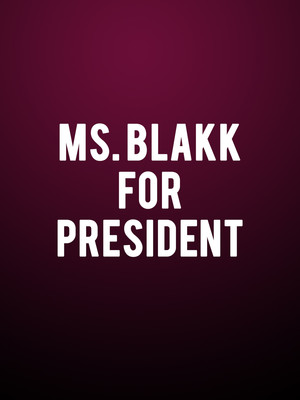 Why See Ms. Blakk for President?

Co-written (and starring) by Tarell McCraney (Moonlight) and Tina Landau (SpongeBob), Ms. Blakk for President begins in 1992 in Chicago when the AIDS epidemic is at its peak and Joan Blakk, together with the newly created LGBT direct-action group, Queer Nation Chicago, have set their sights on an ambitious goal. They want to achieve equality and freedom for queers and aim to tackle racism, sexism, inclusion, choice and homophobic discrimination via the Chicago Commission on Human Relations. It's a hard and often dangerous journey, but the goal is real and is brilliantly translated onto stage in a production that's been billed as part campaign rally, part nightclub performance, part confessional, and all party.

Joan successfully won a number of discriminatory cases and this play highlights her courage and conviction. She became one of Chicago's most influential people, helping the LGBT community show society that they wouldn't and won't be discriminated against.

Seen Ms. Blakk for President? Loved it? Hated it?

Sound good to you? Share this page on social media and let your friends know about Ms. Blakk for President at Steppenwolf Theatre.