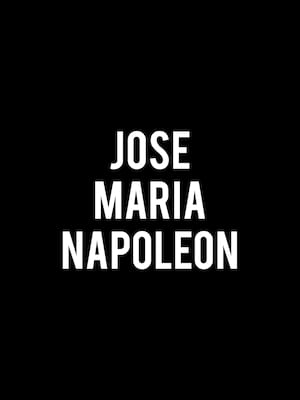 Hailed as the 'Poet of Song' in his home country of Mexico and all throughout the Latin American music world, Jose Maria Napoleon rose to prominence as one of the originators of the balada movement of the 70s. Fusing hints of traditional mariachi, rancheros and boleros styles with haunting melodies, orchestral arrangements and moments of rock and roll, his trademark sound takes balladry to a whole new level.

Born in 1950, Napoleon was raised in a musical family, was encouraged to write music from a young age and sang in his local church choir, despite economic restraints preventing him from studying music formally. After moving to Mexico City to pursue a career in songwriting, he broke through with his first hit single El Grillo and never looked back. Collaborations with the likes of Pepe Aguilar, Vicente Fernandez and Placido Domingo soon followed. Keep an ear out for career-defining singles like 30 Anos, Accept Me The Way I Am, and Without Your Love.

Sound good to you? Share this page on social media and let your friends know about Jose Maria Napoleon at Rosemont Theater.