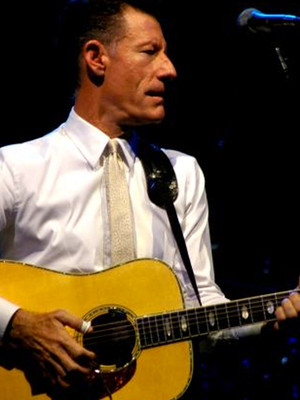 Impossible to pigeon-hole, Lovett is a force for good in contemporary Country Music.

Four-time Grammy Award Winner Lyle Lovett is known for his intelligent Western Swing-tinged Country Music. Like the great songwriters of the late 70's, in the class of Randy Newman and Guy Clarke, Lovett never did just fit into one genre. His witty lyrics and eclectic mix of sounds ranging from folk to big band swing form an unforgettable catalogue of songs and although he emerged in the 80's, this musical chameleon is still a fearless innovator in the Country world to this day.

Catch him as he heads out on a tour of the States, accompanied by his Large Band, a backing section aptly named after the smash hit 1989 album that hit No. 10 on the Country Charts, certified gold in the US and Canada. When on stage, Lovett channels the best of the Americana tradition in his own unique way. His distinctive voice intermingles with wry wordplay, moving dextrously from upbeat Country bangers like Cow Boy Man to the softer, bittersweet ballads he is synonymous with.

Saw/Heard Lyle and his Large Band perform at the 2010 World Equestrian... more

Amazing show once again! I've seen lyle a half dozen times both with... more

Sound good to you? Share this page on social media and let your friends know about Lyle Lovett & His Large Band at Ravinia Pavillion.