Sorry! You missed Cabaret at The Privatebank Theatre 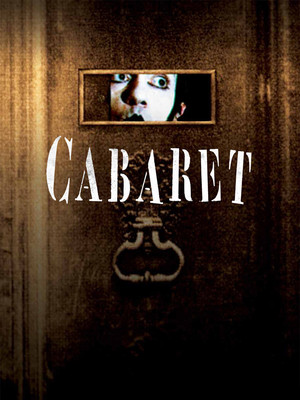 Rarely has the signature Cabaret greeting been so tempting on a cold winter night: "Leave your troubles outside. . . . In here, life is beautiful."

Put down the knitting, the book and the broom, and come to the Cabaret! After wowing on Broadway, The Roundabout Theatre Company's Tony-winning dazzler is on a huge North American tour, bringing the scandalous surround of the gaudy Kit Kat Klub of pre-war Berlin to your door!

Life is a cabaret, Old Chum

First appearing on The Great White Way in 1966, Cabaret is based on writer Christopher Isherwood's time in the bohemian clubs of Berlin in the early 1930s. With decadence and sexual exploration being the first orders of business, Caberet tells the story of one Sally Bowles, a daring femme fatale in training, and her new room-mate, the shy runaway Cliff. On a mission to experience every sight and sound, Cliff follows Sally to the Kit Kat Klub, a seedy underground cabaret club presided over by the all-knowing Emcee.

But whilst the night goes on forever inside, the music is not loud enough to cover the ever growing voice of fascism, as Nazi ideals seep into the city, and eventually the club itself.

With music and lyrics by John Kander and Fred Ebb, book by Joe Masteroff and Direction from Sam Mendes, this wildly entertaining musical thrills easily, as the narrative takes on ever more terrifying subject matter. Cabaret is an absolute must see!

Recommended for audiences over 16 years of age

Two hours and 30 minutes with one interval

Directed by Sam Mendes
Co-directed and choreographed by Rob Marshall

Wonderful version of Cabaret to include acting, singing, and the musical... more

Absolutely wonderful. Everything that you hope for in a musical but with... more

Sound good to you? Share this page on social media and let your friends know about Cabaret at The Privatebank Theatre.