Oriental Theatre has been renamed the James M. Nederlander Theatre 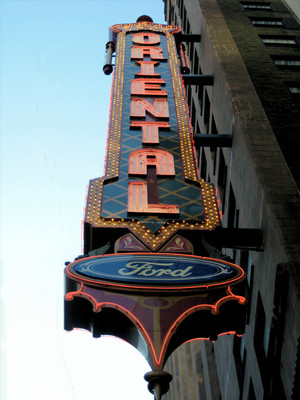 The Oriental Theatre is now the James M. Nederlander Theatre but is still home to Broadway shows like Dear Evan Hansen, Cats and Anastasia! Originally opened as a movie palace in 1926, the theater has undergone various incarnations, the most recent being its 1998 revamp into a Broadway theater, and sold to the Nederlander Group in 2007 as part of the revitalised Loop Theater District where it attracts the biggest touring Broadway shows to the city, and continues to attract money to the area.