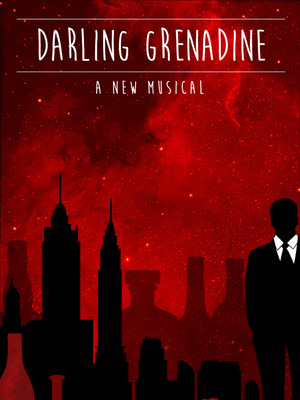 This bittersweet new musical brings us something magical, moving, and boldly unique.

Darling Grenadine Is a New Musical with a Wonderful Contemporary Score

Set in modern-day Manhattan, Darling Grenadine centers on songwriter Harry and his girlfriend Louise, brother Paul, and his Labrador Retriever Paul. Through Paul's eyes, the story explores romance and reality and how they intertwine.

Darling Grenadine is directed by Kristin Hanggi who is best known for being the director of Rock of Ages, which went on to receive five Tony Award nominations. Harry will be played by Bryan Fenkart, who starred in A Sign of the Times last summer. Illusion is at the center of Darling Grenadine with plenty of tricks, stage magic and props appearing out of thin air for you to be in awe of.

Patty: “Theatre at its best”

About 20 minutes into the show, I realized that I was seeing something... more

This is a witting and moving show, with some laughs and real life drama... more

Sound good to you? Share this page on social media and let your friends know about Darling Grenadine at Marriott Theatre.