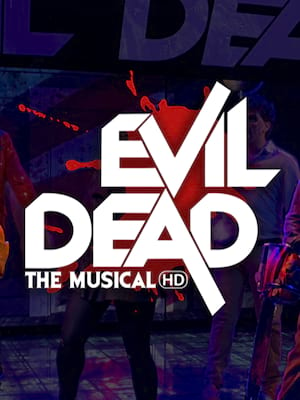 If you enjoy having fun, this show's for you!

Why See Evil Dead the Musical: The HD Tour?

A Live Show Unlike Any Other!

"Evil Dead The Musical" takes all the elements of the cult classic films "The Evil Dead," "Evil Dead 2," and "Army of Darkness" and combines them for one of the craziest, funniest, and bloodiest theatrical experiences of all time. Five college students go to an abandoned cabin in the woods, and accidentally unleash an evil force that turns them all into demons. It's all up to Ash (a housewares employee, turned demon-killing hero), and his trusty chainsaw to save the day.

What to expect in Evil Dead The Musical?

Blood flies. Limbs are dismembered. Demons tell bad jokes... and all the music. The songs in this show are completely off the wall as well! Titles like 'All The Men in My Life Keep Getting Killed by Candarian Demons' and 'What The F**k Was That?' will have you rolling in your seats, and screaming for more!

No children under 16 without an adult

Two hours with an intermission

Best innovative production of Evil Dead - as you have never experienced... more

We loved the show. I am a big fan of Evil Dead movie so I enjoyed all songs... more

Sound good to you? Share this page on social media and let your friends know about Evil Dead the Musical: The HD Tour at Greenhouse Theater - Upstairs Mainstage.