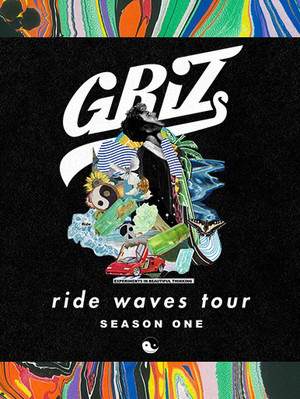 Griz's 2016 album Good Will Prevail was seen as a massive step-up for the Detroit DJ. A funk-fuelled, soulful effort, it combined synths, beats and acoustic live instruments to majestic effect, especially on album highlights 'Wicked' and 'My Friends and I'. It also featured a roll call of starry names that demonstrated what a huge draw Griz has now become, including Tash Neal, Big Gigantic and Son Little.

Now Griz hits the road with his forthcoming sixth studio album, Ride Waves, which features 14 tracks and is filled to the brim with an all-star cast of collaborators. Including Snoop Dogg on 'My Friends & I Part 2' and Wiz Khalifa on 'Find My Own Way'.

Sound good to you? Share this page on social media and let your friends know about Griz at Grand Ballroom.