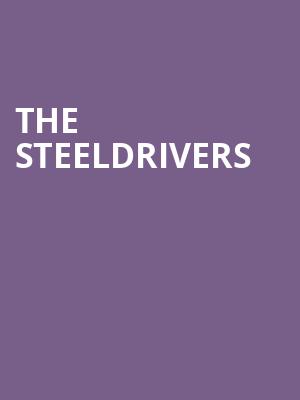 This band has an unmistakable sound. It is country-rock attitude played as bluegrass.

Why See The SteelDrivers?

Bluegrass Nashville natives The SteelDrivers will bring their upbeat country sound to stages across North America this winter. After hitting the festival circuit, The SteelDrivers released their self-titled debut in 2008 which went on to be nominated for a Grammy Award for the song 'Blue Side of the Mountain.' The band's most recent album, 'The Muscle Shoals Recordings' was released in 2015.

The group has gone on to be nominated for two more Grammy Awards for Best Country Performance by a Duo or Group and Best Bluegrass Album. They received the award for Best Bluegrass Album in 2015. Five years after their last project, the band plans to release their fifth studio album in 2020 entitled 'Bad For You.'

Seen The SteelDrivers? Loved it? Hated it?

Sound good to you? Share this page on social media and let your friends know about The SteelDrivers at City Winery.