Sorry! You missed The Hip Hop Kickback Concert at The Chicago Theatre 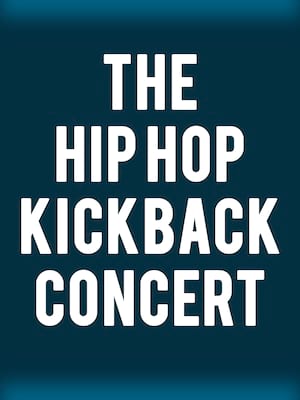 The reason Raekwon is so beloved is simple. He delivers the purest form of rap energy: storytelling. He is a modern-day bard from the projects.

Coming to The Chicago Theatre this February, The Hip Hop Kickback Concert is for everyone who loves old school hip hop. Set to hit the stage is Raekwon, Ghostface Killah, Rakim, Slick Rick, Big Daddy Kane and Talib Kweli. Part of a now bygone era of hip hop, the artists come together to light up Chicago and take audiences back in time.

Raekwon rose to fame as a member of hip hop group Wu-Tang Clan. He went on to release five solo albums beginning in 1995. Ghostface Killah was also a member of Wu-Tang Clan before launching his solo career with the release of 'Ironman' in 1996.

The Come Up Show Used under Creative Commons License

Sound good to you? Share this page on social media and let your friends know about The Hip Hop Kickback Concert at The Chicago Theatre.