Sorry! You missed Madonna at The Chicago Theatre 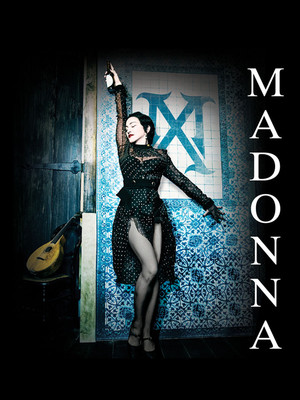 Madonna is having a huge party and everyone's invited!

The undisputed Queen of Reinvention is back with a brand new tour for 2019, taking her newest record, Madame X on the road for a series of intimate dates, giving you the chance to get closer to the icon than ever before. Over the course of her extraordinary career, Madonna has sold over 300 million albums and holds the record for the most successful tour by a solo artist in history. She is a seven-time Grammy-winning singer, songwriter, producer and Rock & Roll Hall of Fame inductee.

In 2008, Billboard magazine ranked Madonna number two (after The Beatles) on the Billboard Hot 100 All-Time Top Artists, making her the most successful solo artist in the history of the chart. Considered to be one of the "25 Most Powerful Women of the 20th Century" by Time for being an influential figure in contemporary music, Madonna is known for continuously reinventing both her music and image, and for retaining a standard of autonomy within the recording industry. Madame X is her 14th studio album and this accompanying trek marks her first tour since 2015!

Michael And Randy: “A Magical Journey of the Reality of Life”

Sound good to you? Share this page on social media and let your friends know about Madonna at The Chicago Theatre.