Sorry! You missed Boney James at The Chicago Theatre

You can catch Boney James at Clyde Theatre in Fort Wayne, showing Sep 25, 2020

Boney James is also touring to: 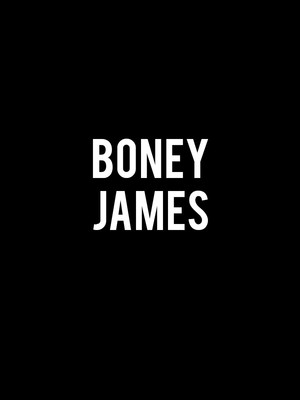 James swaggered across the stage like a blacktop hero draining treys on an overmatched opponent. He even weaved his way through the audience, never missing a beat and all but daring the crowd not to have a good time.

In 2009, Billboard Magazine named Boney James the Jazz Musician of the Decade and the tremendously talented saxophonist certainly lives up to that moniker. While seen as a forerunner of the smooth jazz movement, Boney's style of playing combines pop and RnB and his style is often seen as grittier and more textured than the easy-listening genre.

Boney is also known for his vibrant live shows, bringing a matchless energy to stage as he imbues every single note he plays with a sense of panache, soloing over the tightest rhythm section this side of the universe. Audience members beware - his banter often spills over into the crowd and there have been some instances of audience participation! Don't miss the chance to see this three-time Grammy nominee do what he does best.

Sound good to you? Share this page on social media and let your friends know about Boney James at The Chicago Theatre.