Sorry! You missed Bastille at The Chicago Theatre 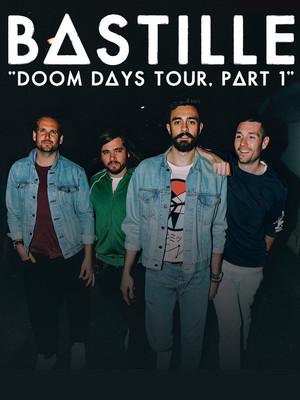 it's a quarter past midnight

Hailing from Leeds, England, the group signed with Virgin Records in 2010 and released their hit single "Pompeii" three years later, ahead of their debut album "Bad Blood". Bastille actually started out as a solo project by frontman Dan Smith, named after the French historic holiday, Bastille Day, which is also celebrated on his birthday. He initially expanded the project to include five additional band members but reduced this to make up the four-piece band Bastille are today.

Seen Bastille? Loved it? Hated it?

Sound good to you? Share this page on social media and let your friends know about Bastille at The Chicago Theatre.