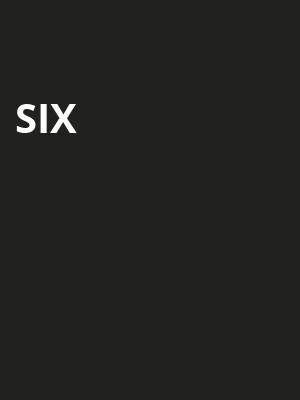 The most uplifting piece of new British musical theatre!

Following a spectacular North American premiere right here is Chicago, this high energy tribute to Henry VIII's six wives returns to the Windy City in 2020 for a limited 16-week run! Created by Toby Marlow and Lucy Moss, this musical celebration of 16th Century girl power debuted on the West End in 2018 to fantastic reviews and is set to conquer both Broadway and Australia in the coming months. Much like Hamilton, Six injects its historical story with modern-day attitudes and modern-day music, serving up a dizzying whirl of pop and comedy, and an all-female cast.

Images by Idil Sukan - casting for this run is TBC

Seen Six? Loved it? Hated it?

Sound good to you? Share this page on social media and let your friends know about Six at Broadway Playhouse.