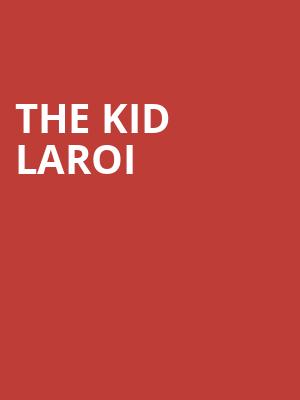 LAROI knows how to turn heartbreak into great music

Why See The Kid LAROI?

A debut world tour for the kid laroi!

Australian-born The Kid LAROI is behind some of the biggest hits of 2020 and 2021, including 'WITHOUT YOU', 'GO', and 'NOT SOBER'. Thanks partly to his songwriting talents and Post Malone-esque vocals, but also to an impressive list of illustrious friends and creative collaborators. A list which includes the likes of Justin Beiber, Miley Cyrus, and Machine Gun Kelly, and of course his friend and mentor, Juice Wrld. Catch The Kid himself when he heads out on his first ever world tour in 2022!

Hailing from New South Wales, Charlton Kenneth Jeffrey Howard aka The Kid LAROI signed to Columbia Records in 2019 and released his debut studio album, F*ck Love, through them in 2020. The name 'Laroi' is far from just an artistic expression, rather it's a reference to the Aboriginal nation 'Gamilaraay' or 'Kamilaroi', of which his family are descendents.

Seen The Kid LAROI? Loved it? Hated it?

Sound good to you? Share this page on social media and let your friends know about The Kid LAROI at Aragon Ballroom.