But never fear, we constantly scour Chicago for upcoming events and as soon as we find something it'll be up here in a jiffy.

While you're here why not have a look at our amazing selection of upcoming Musicals, Dance, Concerts or even Stand-Up Comedy.

If there's something we should be listing get in touch to find out about listing shows on Chicago-Theater.com. 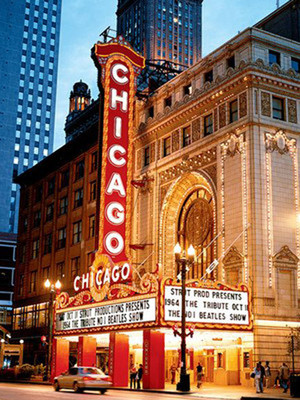 The Apollo Theater main stage has 440 seats and hosts events such as plays, musicals, improvisational acts and children's productions. It has staged many hugely popular Broadway shows, and its highest grossing show in the Apollo theater's history was 'Menopause the Musical'.