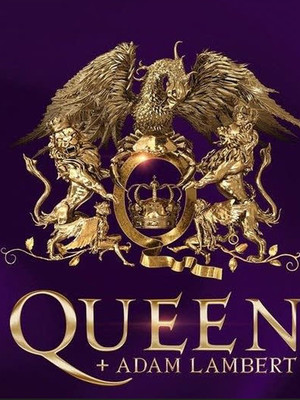 It's such a treat to get onstage, pay my respects and sing some of the greatest songs ever written!

Following the hugely successful release of the film Bohemian Rhapsody, American Idol star Adam Lambert teams up once again with Rock Royalty, Queen, for the 2019 Rhapsody tour. Lambert has already been performing with the band the band since 2011, his unmistakable vocals a perfect match for hits like 'I Want to Break Free', 'One Vision' and 'Killer Queen'.

Adam Lambert competed in the eighth season of American Idol in 2009, and came in second place. He has always had a love for singing and being on-stage though, having performed in local theatre productions since he was a child.

In 2011 Lambert joined Queen in a performance at the MTV Europe Music Awards, wowing audiences with a medley of classic Queen hits like 'We Will Rock You' and 'We Are the Champions.' He's been their singer of choice ever since. The Rhapsody tour comes off the back of the hugely successful film, Bohemian Rhapsody, which follows the life of Freddie Mercury and Queen.

Adam lambert was great hard to say but just as good as Freddie great... more

This was truly a Rock show. Absolutely FANTASTIC. Worth the $400 it cost... more

Sound good to you? Share this page on social media and let your friends know about Queen & Adam Lambert at United Center.