Sorry! You missed A Man of Good Hope at Chicago Shakespeare Theater 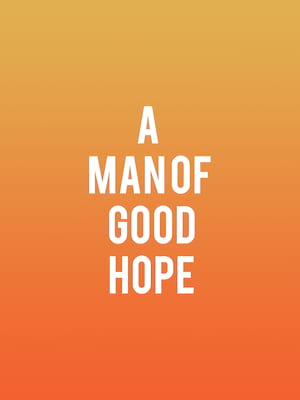 A Man of Good Hope

Glorious, vibrant musical theatre that speaks to the biggest concern of our age

Why See A Man of Good Hope?

After receiving rapturous universal acclaim during its New York, London and various international runs, Johnny Steinberg's A Man of Good Hope takes to Chicago Shakespeare Theater's Courtyard stage this fall, bringing an astonishing tale of resilience in the face of adversity to the Windy City all the way from South Africa.

Performed by South African theater company Isango Ensemble in partnership with London's Young Vic and Royal Opera, the critically lauded production tells the coming-of-age story of young refugee Asad Abdullahi, bolstered by a part-musical, part-opera score. Having lost his mother and fled war-torn Somalia on his own, the youngster builds up a streetwise cunning as he travels through Africa looking for a place to call home. When he lands in South African township, he finds opportunity and danger in equal measure.

Seen A Man of Good Hope? Loved it? Hated it?

Sound good to you? Share this page on social media and let your friends know about A Man of Good Hope at Chicago Shakespeare Theater.