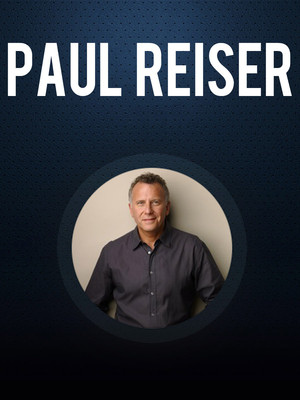 The Mad About You star returns to his stand-up roots

Paul Reiser began performing stand-up while he was still at university, and was just honing his craft when Hollywood came a calling. Getting his big break in the iconic Barry Levinson movie Diner ("Nuance, it's not a real word), Reiser became a regular fixture on the big screen, with roles in Beverley Hills Cop I & II and Aliens. In 1992 Reiser first appeared in the role with which he would become forever synonymous, Paul Buchman on NBC's Mad About You. The sitcom ran for seven seasons, and earned him Golden Globe and Emmy nominations. In recent years, he's been honing the creepy as Dr. Sam Owens in Netflix's hit super-natural drama Stranger Things.

Now Reiser is returning to his roots, with a series of stand-up gigs across the country. His observational comedy drills down into the minutia of life, tackling everything from married life to the joys of getting old.

Sound good to you? Share this page on social media and let your friends know about Paul Reiser at Center East Theatre.