Sorry! You missed The Sound of Music at Cadillac Palace Theater

You are viewing a past performance of The Sound of Music

You can catch The Sound of Music at the Marriott Theatre, showing October 28 - December 27, 2020 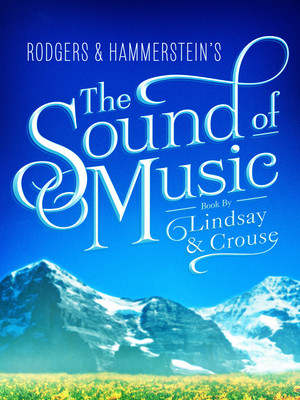 The Sound of Music

Go see The Sound of Music, as it will be unlike any you have ever experienced it.

Why See The Sound of Music?

Maria, You've Got to See Her

The hills are alive...you know the rest. Everyone's favourite tale of nannies, nuns and Nazis is heading out on a fresh North American tour. The last show written by legendary duo Rodgers and Hammerstein, this iconic musical boasts a score which reads like a Greatest Hits of musical theatre, with songs including 'My Favourite Things', 'Edelweiss and Do-Re-Mi'. It's inspired an Oscar-winning movie, a tv talent show and, as the 18 million viewers who tuned in to see NBC's live special prove, remains an incredibly popular piece of American pop culture.

While everyone knows the story off by heart, that doesn't mean that there's nothing new to be said about The Sound of Music. Helming this tour is Jack O'Brien (Hairspray), one of Broadway's most accomplished directors, who's seeking to strip away some of the more kitschy elements which have become attached to the musical over the years. The three time Tony Award winner told the New York Times that he's not "trotting out your mother's version."

What is The Sound of Music About?

In the heart of the Austrian Alps, a young woman named Maria is in training to become a Nun. Unsure that such a free-spirited soul as Maria is ready for a life of pious devotion, the Head Sister assigns her to the role of governess to the children of local naval officer Captain Georg Von Trapp.

As Maria discovers, the Von Trapp children have run off several governesses before her through their mischievous behaviour, but with a little love and time (and a lot of singing) Maria begins to win them over. Her kind-heartedness and patience also begins to dispel the gloom around their father, who is still in mourning for his late wife, and the two begin to fall in love. But danger looms on the horizon with the advent of World War II, and the Captain faces being drafted into the German army.

A (Brief) History of the Sound of Music

Yes, Maria was a real person. The memoir of this Austrian governess was filmed in 1956 as Die Trapp-Familie, which in turn inspired Rogers and Hammerstein to turn her extraordinary story into a Broadway show. Debuting in 1959 at The Lunt-Fontanne Theatre, The Sound of Music won five Tonys, with its reputation being cemented by the subsequent Julie Andrews-starring movie adaptation.

Often wrongly assumed to be a traditional Austrian folk song, Edelweiss was indeed written for the musical by Rodgers and Hammerstein.

Recommended for ages five and above

Approx 2 hours and 30 minutes, including one intermission

This is a must see. All cast members are extremely talented. Simple remarkable.... more

Simply the BEST!!! A must see. Casting was perfect. All very talented.... more

Sound good to you? Share this page on social media and let your friends know about The Sound of Music at Cadillac Palace Theater.