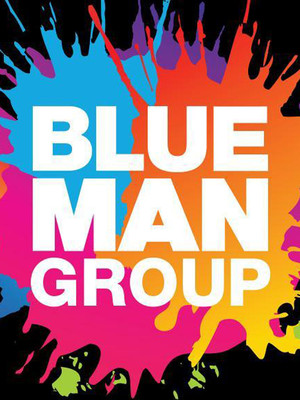 A brilliant blend of populism and cultural criticism and a fine gateway for the young not just into performance, but into visual art!

Suspended: This performance has been suspended. We will update this page once we have more information.

The Blue Man group are an undoubted cultural phenomenon. After landing on earth in 1991 (we're kidding - the group was actually formed by school friends Chris Wink, Matt Goldman and Phil Stanton), the blue-painted troupe became an instant smash hit on Broadway and made the move to Chicago's Briar Street Theater a mere six years later.

Unlike anything you've ever seen before, the Blue Man Group's show is a dazzling audio-visual delight, throwing dance, performance art, music and comedy into a big melting pot and giving it a mighty stir. Filled with audience interaction, this is a fluorescent-painted extravaganza you're never going to forget. Trust us, there's a reason these guys have six city productions and a US tour all running at the same time, and now count 35 Blue Men among their ranks!

Expect the unexpected! Aside from the blue face paint and black jumpers, every Blue Man Group show is different. Music always plays a huge part of the show, particularly percussive, and in the past performances have a included spectacular rock number in which the Blue Men thunder out a drumming masterclass as bright paint squirts from their chest, creating a rainbow of both sight and sound! They also constantly evolve their live shows to explore the themes of the day, delving into everything from DNA to our reliance on technology with boggled-eyed gusto. Be warned though - the first couple of rows are a splash zone!!

Blue Man Group is appropriate for children aged 5 and over. Children under 5 years of age will not be admitted.

One hour and 45 minutes with no intermission

i was exsided to see the blue man group it was a cool show im doing a show... more

I was completely baffled by the performance. It was VERY family friendly.... more

Sound good to you? Share this page on social media and let your friends know about Blue Man Group at Briar Street Theater.