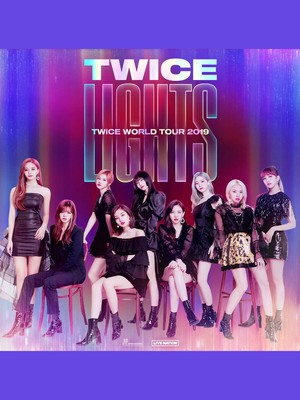 Ever since they made their debut in 2015, pan-Asian K-pop phenomenon Twice has continued to make waves from their home-base in Seoul, South Korea and across the globe with their unapologetic, danceable pop bangers. The prolific nine-piece girl group has released a staggering 16 albums since their formation by the JYP entertainment group, racking up over 6 millions albums worldwide thanks to smash hit singles like Cheer Up and TT.

This year, the nonet is showing no signs of slowing down and are bringing their brand new EP Fancy You to adoring fans on their 2019 Twicelights World Tour, hitting US shores for three special dates only. Featuring collaborations with pop icons MNEK and Charli XCX, the mini-album marks a shift from the bubblegum, cutesy sound to maturer territory, as reflected in its lead single Fancy, a retro-inspired electro pop anthem filled with exuberance, fizzing synths and playful digital samples.

Sound good to you? Share this page on social media and let your friends know about Twice at Wintrust Arena.