Sorry! You missed Betty Who at Vic Theater 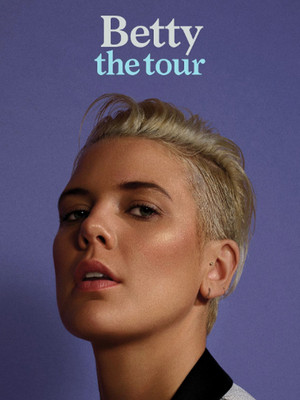 The Synthpop Fix You've Been Looking For

Why See Betty Who?

The Popsynth Tour Comes to Town

Australian born singer-songwriter Betty Who is classically trained, but when she started attending the Berklee College of Music for cello, her focus began to lean towards writing songs. It was whilst she was at College that she met producer Peter Thomas. Together, they began penning and recording original material inspired by Joni Mitchell, Carole King and synth pop and ended up making the impossibly catchy Somebody Loves You, which went on to reach the number one position in the US Dance Chart.

Since then, she has enjoyed two more number ones (All of You, I Loved You Always Forever), released three albums, a cover of Widelife's All Things (Just Keep Getting Better), which was used as the theme song for Netflix's second season of Queer Eye. Her third album Betty, has just been released; it is her first as an independent artist and features some striking mid and up-tempo songs - Old Me, Beautiful and I Remember will certainly leave you in a good mood. Catch her on tour and dance, dance, dance.

Seen Betty Who? Loved it? Hated it?

Sound good to you? Share this page on social media and let your friends know about Betty Who at Vic Theater.