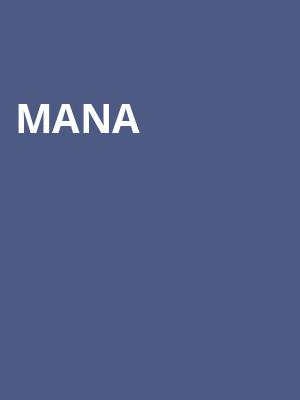 The most widely sold and heard Latin band in the world!

Jalisco rockers Mana have been touring, performing and creating Latin pop-rock for almost thirty years, since two former Sombrero Verde band members placed a newspaper ad seeking a drummer way back in 1986. The rest is history - it's safe to say that three decades later, Mana are not only still going strong but have also accrued a mammoth tally of hit singles and music awards including over ten Grammy awards in the US and Latin America!

Now the four-piece are returning to North America with their Rayando El Sol tour! Named after their famed single, this brand new tour is set to play over 20 dates. From Sacramento to Toronto Mana are bringing their plethora of hits to you, don't miss it!

Yanis: “No respect to schedule, concert started too late”

We were so excited about Mana's concert, we planned months ahead, we are... more

Sound good to you? Share this page on social media and let your friends know about Mana at United Center.