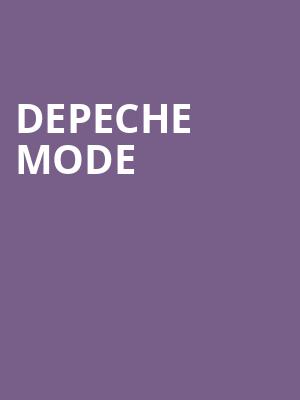 New Wave icons Depeche Mode rose to prominence in the 80s with their brooding, dance floor-filling electro-pop, but became modern mainstays due to a constant output of their unique brand of heady and dark synth rock. Now Dave Gahan and Martin Gore return to touring after the death of Andy Fletcher, with a brand new album, Memento Mori.

Combining their analogue beginnings with a digital sensibility, Depeche Mode continue to evolve with each new album, with Memento Mori being no exception. Known for their eye-catching and theatrical shows, the band delves into their considerable back catalogue of almost two hundred songs with aplomb, embellishing hits like 'Enjoy The Silence' and 'Personal Jesus' with arresting video footage and light shows.

The show started slowly with the crowd somewhat subdued.You could tell... more

Sound good to you? Share this page on social media and let your friends know about Depeche Mode at United Center.