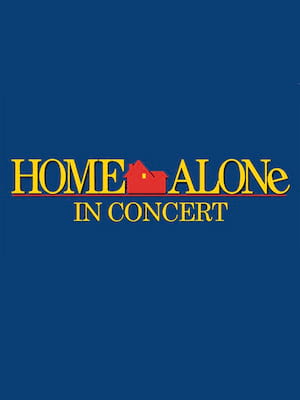 Williams created a heart-warming soundtrack with a beautiful main title and incorporated famous Christmas songs, such as "O Holy Night" and "Carol of the Bells"

Why See Home Alone in Concert?

This holiday season, experience a holiday classic like you've never seen it before, as Home Alone is transformed into a live concert with an orchestra. The movie is shown on a big screen accompanied by a live orchestra, performing the wonderful score composed by John Williams in a unique experience that brings new life to an essential Christmas movie.

Home Alone's timeless plot sees 8-year old Kevin McAllister (Macaulay Culkin) is unwittingly left behind as his family head out for their Christmas vacation, eventually finding himself having to defend his home from a pair of burglars using ingenious and hilarious techniques. Originally released in 1990, John Williams' score was nominated for two academy awards and the movie continues to be a regular fixture around the world each Christmastime!

Sound good to you? Share this page on social media and let your friends know about Home Alone in Concert at Symphony Center Orchestra Hall.