Sorry! You missed The Brothers Size at Steppenwolf Theatre 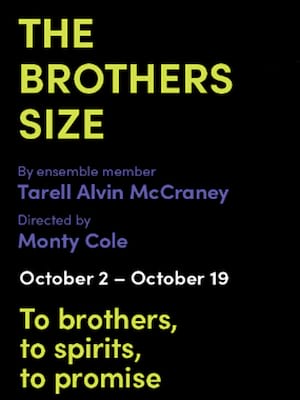 The Brothers Size is a fierce and honest look at the complex bonds of brotherhood.

Why See The Brothers Size?

A Tale About Brotherhood

Focusing on family and redemption, The Brothers Size centers on two brothers with very different lives. Ogun is a hard worker who works with cars and feels the responsibility of raising his brother since his mother passed away. Oshoosi is spirited and fun-loving. Though, after a stint behind bars, his life is never the same again. How will these brothers cope after they are reunited?

The Brothers Size comes from the pen of Tarell Alvin McCraney who famously wrote ' In Moonlight Black Boys Look Blue' which transformed into the mesmerizing 2016 film 'Moonlight.' The film received critical praise and many awards including the Oscars for 'Best Motion Picture of the Year,' 'Best Performance by an Actor in a Supporting Role' and 'Best Adapted Screenplay.'

Seen The Brothers Size? Loved it? Hated it?

Sound good to you? Share this page on social media and let your friends know about The Brothers Size at Steppenwolf Theatre.