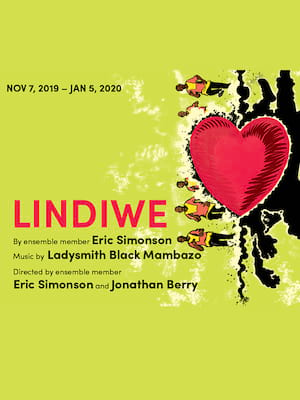 Lush, warm, glorious harmonies of Ladysmith Black Mambazo... No other artist from South Africa or the Zulu nation have ever had such a widespread appeal and recognition

Ladysmith Black Mambazo's lush African, tapestry-esque harmonies evoke a sonic story infused with magical realism. Traversing between the Kingston mines of the Windy City to South Africa and the world beyond this one, the unorthadox love story centers on the titular heroine Lindiwe whilst exploring what it means to love, be loved and make the ultimate sacrifice for it.

2 hours with one intermission

Sound good to you? Share this page on social media and let your friends know about Lindiwe at Steppenwolf Theatre.