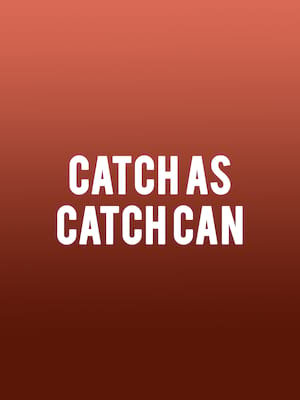 Afterward, reflecting on the play, you may marvel at how finely Chung has woven her thematic threads (about family, heredity, nationality, genetics) into the tapestry that unravels with such violence in the play's second half.

Why See Catch As Catch Can?

The Chicago Premiere of Catch As Cat Can

Receiving rave reviews after its Off-Off Broadway theatre run in 2018, Mia Chung's powerful mediation on the intricacies and dark truths of family life enjoys its Chicago premiere during Steppenwolf Theatre's 2019/20 season. Flipping the familiar family play structure on its head, the play may begin with the seemingly normal meeting of two New England families, but through a shock twist, opens up a dramatic conversation about obligation, identity and what happens when you turn away from what's expected of you.

Astonishingly, three actors take up six roles for a tour-de-force replication of long time neighbours the Phelans and the Lavecchias. The story opens on the family matriarchs Roberta and Theresa in the midst of their weekly gossip session. Roberta complains about her son Robbie's divorce from a South Korean woman, whilst Theresa mediates on her son Tim's engagement to a Korean-American woman. Whilst subtle racial divides are established, their seemingly inane natterings give way to an earth shattering event that challenges perspectives and provokes thoughts in a bold new way.

Seen Catch As Catch Can? Loved it? Hated it?

Sound good to you? Share this page on social media and let your friends know about Catch As Catch Can at Steppenwolf Theatre.