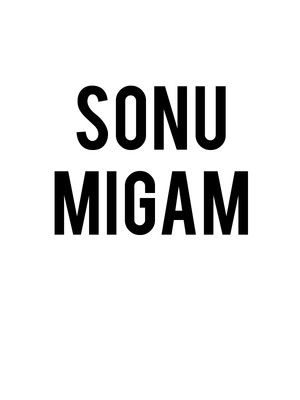 One of Indian music's biggest names

You Know the Voice

One of Bollywood's most recognizable voices, Sonu Nigam began his career as a playback singer extraordinaire, lending his powerful tones to moves like Shabnam, Khuddar, Hulchul and Stuntman. Since then Sonu's branched out into numerous different branches of the Indian showbiz industry.

He now has plenty of on-screen acting credits to his name, has been a judge and host on the likes of Indian Idol and Sa Re Ga Ma Pa Mega Challenge, and is a well-established singer outside of the world of movies. Catch him playing numbers from throughout his hugely varied career this year!

Sound good to you? Share this page on social media and let your friends know about Sonu Nigam at Sears Center Arena.