Sorry! You missed Minnie's Boys at Ruth Page Center for the Arts 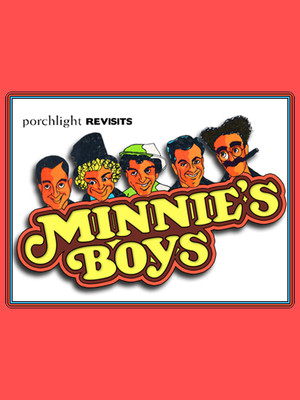 The Rags-To-Riches Story of the Marx Brothers

The Windy City's critically acclaimed Porchlight Music Theatre Company is turning back the clocks during the return of their ever popular 'Porchlight Revists!' series. Dedicated to shining the spotlight on Broadway's forgotten musicals, each performance invites audiences to a special pre-theatre 'Behind the Show Backstory' presentation, immersing theatre fanatics in the show's rich history, interesting tidbits and behind the scenes gossip.

Opening on the Great White Way in 1970, Minnie's Boys had the potential to become a classic, featuring the story of counter-culture heroes The Marx Brothers and their vaudeville-to-Hollywood journey under the leadership of their Mama Rose-esque mother Minnie Marx. But production issues and red tape plagued the production, overshadowing its hysterical punchlines and joyful score. Now the neglected treasure gets dusted off and revitalised, allowing a diamond-in-the-rough to shine anew!

Sound good to you? Share this page on social media and let your friends know about Minnie's Boys at Ruth Page Center for the Arts.