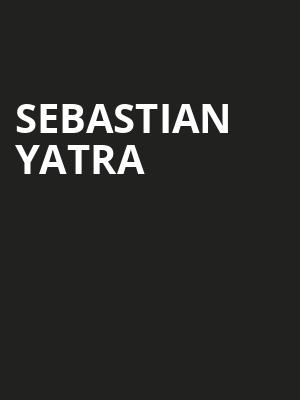 Genre-bending Latin music ambassador Sebastian Yatra is ready to take on the US once more as he lands his brand new Dharma World Tour here this fall! Hot off his Academy-award nomination for 'Dos Orugitas' from Disney's Encanto, Sebastian has worked with stylists, dancers, and choreographers to create his most engaging and exhilarating show yet.

From a young age, Yatra studied guitar, piano, and vocal studies - this led him to find his passion in music, especially with pop ballads and reggae influences. Latin America discovered the talent of Yatra in 2016 when he released his hit 'Traicionera', which was a huge Trap EDM and reggaeton hit for him, this slated his status as their favorite international artist. The single went on to be classified as a double-platinum in Colombia, and platinum in Peru, Central America, and Ecuador.

Sound good to you? Share this page on social media and let your friends know about Sebastian Yatra at Rosemont Theater.