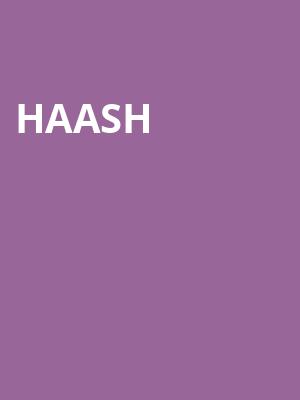 Photo by Thomas Despeyroux on Unsplash

Don't miss the queens of SOLD OUT

Influenced by the likes of Shania Twain, The Chicks and Loretta Lynn, Latin pop duo Ha*Ash have been steadily building their back catalog since 2002 with songs like 'Te Dejo en Libertad' 'Perdn, Perdn', '100 Aos', and 'Lo Aprend de Ti', dominating the Latin music charts and earning the sisters over 20 million album sales. Heading out on the 'Mi Salida Contigo' tour in 2023, catch the girls as they present their newest record, HAASHTAG.

Formed in 2002 in Lake Charles, Louisiana, the name is a portmanteau of the sister's first names, Hannah and Ashley!

Seen HaAsh? Loved it? Hated it?

Sound good to you? Share this page on social media and let your friends know about HaAsh at Rosemont Theater.