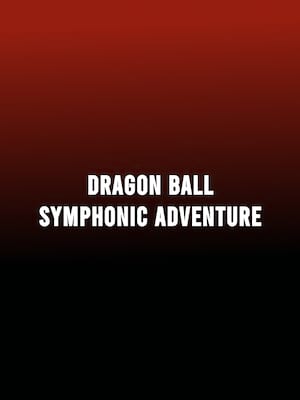 The music of the legendary Dragon Ball series, performed live

The Dragon Ball series and its associated sequels and spinoffs are some of the most iconic works of Japanese comics, consisting of a huge catalogue of animated TV shows, movies, video games and of course the original manga series (currently the second best-selling manga of all time). Created by Akira Toriyama, Dragon Ball is recognised and adored all over the world - Dragon Ball Symphonic Adventure is a must see for fans.

Sound good to you? Share this page on social media and let your friends know about Dragon Ball Symphonic Adventure at Rosemont Theater.