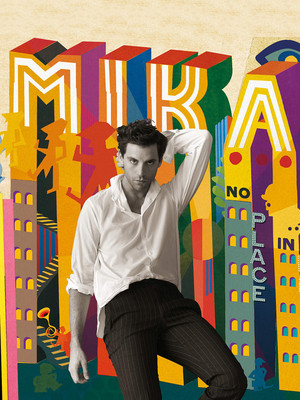 My name is michael holbrook

Multi-platinum selling Mika is back with his Freddie Mercury tinged vocals and boundless energy. After bursting onto the scene 8 years ago with 'Life in Cartoon Motion', his unique song writing and winning attitude won him a small legion of fans and a Grammy nomination. This year sees him heading out on tour and bringing his infectious sound with him, make sure you don't miss the chance to see Mika live!

Sound good to you? Share this page on social media and let your friends know about Mika at Riviera Theater.