TAKES YOUR BREATH AWAY

The play was phenomenal. The cast, their voices, flare, and interpretation are truly awe inspiring. I laughed harder than I have in months, I cried throughout multiple songs, and was truly moved during certain scenes. The cast of characters played so well off each other that I truly will cherish this event. No offense to the Broadway production, but I wish they'd release a Chicago version of the soundrack because I miss the depth, tenor, and sound of the cast which moved me from a night on Broadway to a life changing moment.

ENJOYABLE IN EVERY WAY!

After hearing SO much about this show I wasn't left disappointed - Hamilton was enjoyable in every way! The costumes and dancing are great but my favourite bit is def the songs... I got goosebumps when they played 'Wait For It'! Why travel all the way to Broadway when you can see it right here with an outstanding cast. Five stars!

A totally different and thoroughly enjoyable show that comes very highly recommended by critics, the number of Tony Awards and now myself! I got the chance to see this great show the night after Trump shocked America and won the elections to be the 45th president of the USA. In case you didn't know it's a hip-hop-r&b-urban take on the story of one of America's founders Alexander Hamilton (who was around for the 1st and 2nd presidents of the USA). I found the hip- hop quite a refreshing change to the usual musicals. The set design is quite simple (but effective) with very little to no change throughout the show. I was impressed with clever use of the turntable stage. Overall the production was, to me, well rehearsed and sharp. Aaron Burr was particularly brilliant that evening. We were spoilt seat wise... being in the front stalls with an excellent view. I suggest trying to have a pre-show drink in the amazing Palmer House Hilton lobby - it's only a stones throw away!

IN WHICH I ANSWER THE QUESTIONS PROMPTED BY THIS WEBSITE

If you want to have a nice night in Chicago, see Hamilton! I was pleased with my seats in the theatre! I do not have a child so I don't know if I would take them to see Hamilton. I did find a great restaraunt.

Amazing musical about an amazing man who doesn't get the credit he deserves!! This is a musical I could go see again and again!

EVERYTHING I IMAGINED BUT MORE. (CHICAGO)

I know the soundtrack. I have it memorized. It invades my day, my evenings, my mornings. So I knew what to expect by the way of music. But the set, the choreography and the emotions were beyond my expectations. It was funny. Chris Lee as Lafayette and Jefferson brought the house to laughter multiple times. Ari Afsar brought us to tears (sobs in one case) at the end. There was an audible collective audience gasp at her finish. Last April was my birthday gift. This April is my daughter's birthday gift.

HAMILTON IS ENJOYABLE AND AMUSING!

The enormously successful ‘Hamilton’ has taken the theatre world by storm for its innovative use of R&B and rap to retell the story, of the less-than-well-known life of Alexander Hamilton, the Half French, Half British founding father of America. Set in the 18th Century it tracks the trials and tribulations of Alexander Hamilton as he sets out on George Washington’s staff to wrestle control of the 13 colonies, from Britain, to create the independent nation. Deep in politics, the rap breaks out into full MC’ing and large b-boy dance routines lavish many scenes. The story unravels in a light- hearted contemporary style and unsurprisingly there is also a love theme pleated into the story. Hamilton is an enjoyable and amusing way of retelling a story, that utilises the culture, style and arts of our time. Think, Moulin Rouge / Les Miserable, meets an easy-going Eight Mile.

Seen Hamilton? Loved it? Hated it?

Hamilton truly is an American musical for every American

My turn to experience this theatrical tour de force came a few weeks into the Chicago run... But how does one even start to review a musical so iconic it's already spawned its very own Off-Broadway satire show. 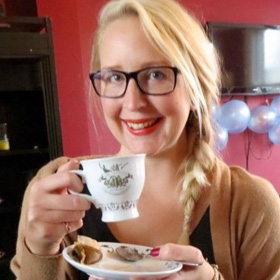 Sound good to you? Share this page on social media and let your friends know about Hamilton at The Privatebank Theatre.