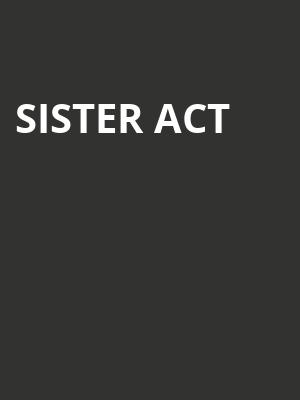 Back in the Habit!

Don't miss your local production of the heavenly musical!

Get ready to rejoice as Sister Act arrives in town! Based on the hugely popular movie starring Whoopi Goldberg, Sister Act is a mile-a-minute musical comedy that's all about the universal power of friendship! The story follows Deloris Van Cartier, a Reno lounge singer whose life is put in danger when she witnesses a mob hit. Put into witness protection, she ends up at a rundown convent and assumes the disguise of a nun. But will her fellow nuns ever accept her larger than life personality and will the mob finally catch up with her?

Crammed full of gospel-infused numbers from eight-time Academy Award winner Alan Menken (Beauty and the Beast), Sister Act debuted on Broadway in 2011 and was nominated for five Tony Awards, including Best Musical.

Suitable for all ages

Two hours 30 minutes with one intermission

Photo by Sharon McCutcheon on Unsplash

Sound good to you? Share this page on social media and let your friends know about Sister Act at Metropolis Performing Arts Center.