Sorry! You missed The Four C Notes at Marriott Theatre 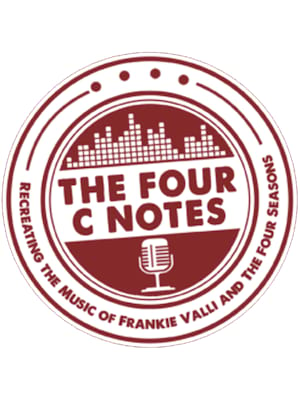 Bring in the New Year with The Four C Notes.

Why See The Four C Notes?

Bring in the New Year in style with The Four C Notes, the Midwest's ONLY tribute act to the iconic Franki Valli and The Four Seasons! Created by John Michael Coppola, who starred in Chicago's long-running production of Broadway's Jersey Boys, be swept away this New Year's Eve as you sing and dance along to some of the group's biggest hits.

Including all your favorite Franki Valli and The Four Seasons, "Sherry", "Big Girls Don't Cry", "Walk Like A Man", "Can't Take My Eye Off You" and many many more, The Four C Notes deliver a totally authentic experience of the music icons. Say goodbye to 2019 with a bang as you party on down with The  Four C Notes!

Sound good to you? Share this page on social media and let your friends know about The Four C Notes at Marriott Theatre.