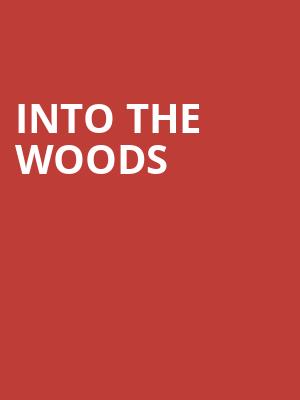 Photo by Sebastian Unrau on Unsplash

An unmissable theatrical treat - Broadway's Into The Woods on tour!

Why See Into the Woods?

The broadway musical hits the road!

James Lapine and Stephen Sondheim's cautionary fairytale is hitting the road following its run on Broadway! Featuring an array of Broadway's superstars du jour. Into the Woods has become a classic musical theatre adventure as Lapine's book and Sondheim's twisty lyrics examine the nature of desire, and what we're prepared to sacrifice to get what we want.

In 1987, Broadway welcomed Into The Woods with open arms, winning three Tony awards including best score, book, and lead actress. A few years later it landed on the West End and in 2010 the revival bagged another award. In 2014, the musical went from stage to screen where it was immortalized in celluloid, starring Meryl Streep, Anna Kendrick, Emily Blunt, and James Corden.

Sondheim's trademark angular melodies and Lapine's witty lyrics wrap around an amalgamation of a series of Brothers Grimm tales. The Baker and his wife are at the center of the web of stories, driving the action with their deep desire to have a child. When they're visited by a local crone, she reveals she placed a curse on their family ages back and will reverse their barrenness if they acquire crucial ingredients for one of her potions. Together they set off, meeting a host of colorful and familiar characters on the way.

There's Little Red, who is trying to escape the clutches of the big bad wolf and visit her grandmother, the witch's very own daughter Rapunzel, Cinderella, who yearns to go to the King's festival, Jack, whose beanstalk heralds a very angry giant and the Princes chasing after their long lost loves.

For your safety, proof of full vaccination and masks are required

Two hours and 45 minutes with one interval

Further casting to be announced

No lie. The human characters have been perfectly cast, all the way down... more

A must see. Everyone is superb, and the cow - the best. A fitting tribute,... more

Sound good to you? Share this page on social media and let your friends know about Into the Woods at James M. Nederlander Theatre.