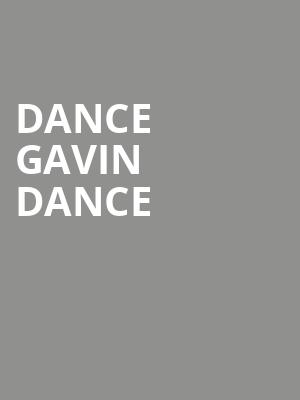 Californian quintet Dance Gavin Dancewhich formed in 2005 is inherently an acquired taste due to its drastic fusions of alarmingly hostile centers with invitingly emotive choruses and soaring instrumentation.

The five-piece rock band from Sacramento has seen many line-up changes since its 2005 inception however, it would seem, there haven't been any Gavins. We'll put that down to creative expression, something Dance Gavin Dance clearly has in buckets judging from the sheer array of musical talents that combine to create forces like 'We Own The Night' and 'Inspire The Liars'. Expect crashing drums, racing guitar riffs, and melodic vocals paired with perfectly guttural screamo lines.

The band released their eight album in 2018 which was hailed as "the most experimental and diverse" album ever from the band by Sputnik Music. Dance Gavin Dance are said to make music across a range of similar genres including post-hardcore, math rock, screamo, jazz fusion and more and have been described as "true masters of their craft" by Hysteria Mag.

Sound good to you? Share this page on social media and let your friends know about Dance Gavin Dance at House of Blues.