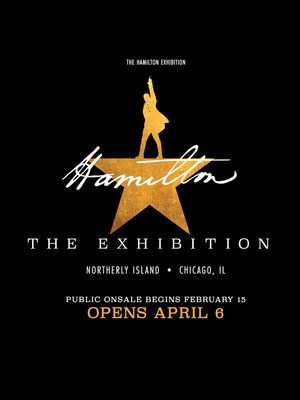 Why See Hamilton: The Exhibition?

Be In The Room Where It Happened

Following its sold out Off-Broadway debut in early 2015, pop culture phenomenon Hamilton made its Broadway bow that same year and continues to rule the roost in theatres across the US. Its hip hop-infused historical retelling of the story of founding father Alexander Hamilton garnered a staggering 11 Tony Awards, a Grammy and a Pulitzer, and made its creator Lin Manuel Miranda a household name. Thanks to the grand opening of Chicago's Hamilton Exhibition this Spring, musical theater lovers and history buffs alike have the chance to delve even further into the rich history of the birth of modern America during a 360-degree immersive experience!

The exhibition contains a stunning blend of multimedia displays, period recreations, a score specially arranged from the musical and an audio tour narrated by Miranda himself. There's even true-to-life replicas of George Washington's war tent, the bustling streets of New York in 1776 and Hamilton's very own writing desk - so don't miss this chance to be 'in the room where it happened'. Don a tricorn hat and raise a glass to the revolutionary rock star and his history making compatriots Aaron Burr, Lafayette and Washington et al.

Why not see what the Broadway buzz is all about? Hamilton's currently making his mark at the CIBC Theatre in Chicago and on tour around the US. Click here for Chicago tickets!

Absolutely fabulous! No details were left out! Professionally presented... more

I really wanted to speak glowingly about the exhibition, being a huge fan... more