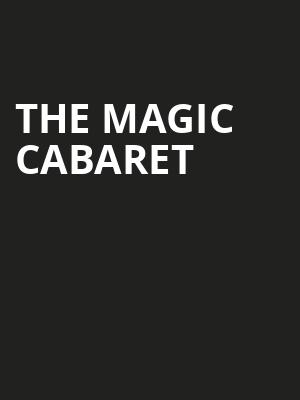 Mind-blowing sleight-of-hand illusions in a very interactive show with the feel of a bygone era... Will renew your sense of wonder and mystery.

Why See The Magic Cabaret?

Chicago's premier Wednesday night out beckons, with Chicago Magic Cabaret now having gone strong for a colossal 10 years as of 2017. A huge draw for both tourists and locals alike, the Travel Channel has already dubbed it as One of America's Best Magic Shows; its charming and talented hosts David Parr and Joe Diamond evoke the golden age of magic in the Windy City. With elegance and clean humor, the show has been a stronghold of Mid-Western entertainment, and is looking forward to another 10 years on the scene!

Based at the intimate setting of the Greenhouse Theater Center, this magic show evokes the late 19th and early 20th centuries when magic shows were at their zenith for theatricality and innocence. Indulge in some magical nostalgia, albeit with witty repartee and comedy, with these two illusionary masters.

Seen The Magic Cabaret? Loved it? Hated it?

Sound good to you? Share this page on social media and let your friends know about The Magic Cabaret at Greenhouse Theater - Downstairs Mainstage.