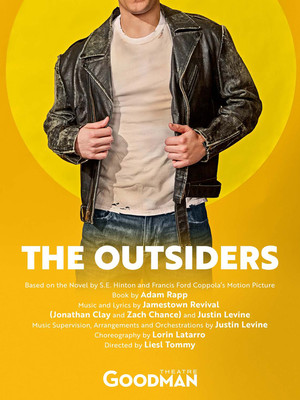 Why See The Outsiders?

S.E Hilton's iconic novel comes to life on stage in 2020 as the Goodman Theater presents the world premiere of The Outsiders. Based on Hilton's 1967 young adult masterpiece and Francis Ford Coppola's era-defining motion picture (which starred the likes of a young Tom Cruise, Rob Lowe and Patrick Swayze) The Outsiders follows a gang of youngsters as they cling onto survival.

The Outsiders features music and lyrics by Jamestown Revival and a book by the award-winning Adam Rapp. This brand new stage adaptation will be directed by Liesl Tommy and will feature choreography by Broadway favorite Lorin Latarro.

What is The Outsiders about?

In 1967 Tulsa, Oklahoma life is tough if you're poor. When young Ponyboy Curtis and his gang (the Greasers) get into trouble with rich kids (the Socs) the group of young men have no other choice but to flee. However, when a 'rumble' is announced between the two rival gangs the boys are pulled back home and into disastrous consequences.

Seen The Outsiders? Loved it? Hated it?

Sound good to you? Share this page on social media and let your friends know about The Outsiders at Albert Goodman Theater.